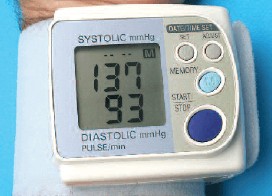 Nearly 800,000 people in the United States have a stroke each year. Stroke is the fourth leading cause of death and the nation’s leading cause of disability. While the majority of individuals who have a stroke are over the age of 65, surprisingly nearly 25% are younger. Reducing risk factors and being aware of symptoms can be an important line of defense for prevention.

A stroke is caused by severe restriction or loss of blood flow to the brain, depriving the brain of oxygen. In a seemingly “short” time period (as little as four to five minutes), oxygen deprivation can result in memory loss, difficulty talking or swallowing, muscle loss, paralysis or even death.

There are two major types of strokes:

Ischemic stroke accounts for approximately 87% of cases and is caused when a blood vessel supplying blood to the brain is blocked by a blood clot. The underlying cause of the clot can be from plaque build-up in the arteries or from an embolism. For patients who have experienced even one episode of atrial fibrillation, the risk for an embolism is greatly increased. For patients with high cholesterol, risk increases as plaque forms on the walls of the arteries. Blood clots lead to two types of blockages:

In many cases, there are warning signs. A transient ischemic attack (TIA) is sometimes called a “ministroke” or “warning stroke.” A TIA is a brief episode of symptoms lasting less than five minutes. TIA is caused by a clot; however, rather than a prolonged lack of blood supply, a TIA is temporary. After the clot dislodges and moves on, blood flow is restored and there is little to no permanent brain damage. A third of those who experience TIA will eventually have a stroke, usually within a year if symptoms are ignored or left untreated. TIA is an important warning signal to seek prompt medical attention.

TIA and stroke warning signs include:

A stroke is a major medical emergency. Swift medical treatment is critical for survival and recovery.

If you or someone you know experiences these symptoms, call 911 immediately. Do not drive yourself to the hospital and, importantly, note the time of the onset of symptoms. According to the American Stroke Association, “Time lost is brain lost.”

Genetics, age, race and gender play a role in the risk for stroke. Risk is higher if a parent, grandparent, sister or brother had a stroke. Chances almost double for each decade of life beyond age 55. African Americans have a higher risk than Caucasians. Stroke is more common in men than women, although women are more likely to die from stroke.

Some risk factors for stroke can be altered, treated or controlled. For patients with a family history of brain aneurysm, a CT angiogram may be considered. Although high blood pressure is one of the leading causes for stroke, it is the most controllable risk factor. Cigarette smoking, obesity, heavy alcohol consumption and inactivity are lifestyle patterns that, when addressed and modified, reduce risk. Health conditions such as heart disease, atrial fibrillation, diabetes, sickle cell anemia and peripheral artery disease also increase risk.

Fewer Americans die from stroke or stroke-related complications than just 20 years ago, largely due to increased public awareness, our ability to control some of the major risk factors and improved medical treatment. An educated understanding of the risk factors and warning signs is having a positive impact on preventing and treating this disease.