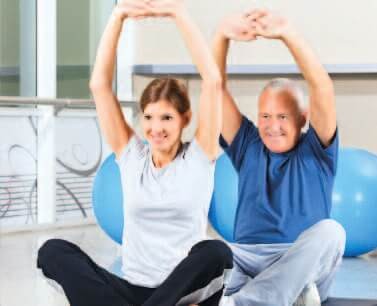 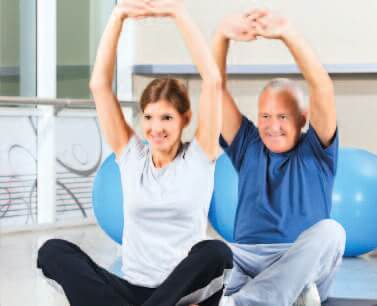 Everyone knows the correlation between physical activity and good health. Now, exciting new research supports the link between a physically active lifestyle and brain cognition… and even longevity!

Researchers at the University of Iowa examined more than 100 studies linking exercise and brain health. These studies indicate that exercise is not only good for the brain, but also can safeguard it from cognitive deterioration as part of the aging process. The study, published in the Journal of Applied Physiology, gave credence to the value of both aerobic exercise and resistance exercises (such as lifting weights). Findings indicated that both aerobic and resistance exercises improved concentration, while aerobic exercise also helps the brain retain the ability to coordinate tasks and long-term planning.

Amazingly, the study found that people in their 60s who exercised for just six months increased the gray and white matter in their brains that normally diminish with age. Growth was also seen in parts of their brain responsible for memory function. Further, men with a family history of Alzheimer’s, who were physically inactive, were four times more likely to develop Alzheimer’s compared to men with a similar family history who exercised.

Another study by neurological researchers at Rush University Medical Center in Chicago showed that any kind of daily physical activity may reduce risk of Alzheimer’s disease and cognitive decline. Published in 2012 in the medical journal Neurology, the study involved 716 older individuals (average age of 82) without dementia who are part of the ongoing Rush Memory and Aging Project. Participants wore an activity monitoring device called an actigraph on the wrist of their non-dominant hand continuously for 10 days. All exercise and non-exercise physical activity was recorded. Participants also were given annual cognitive tests.

In 3 1/2 years of follow-up, 71 of the 716 participants developed Alzheimer’s disease. The findings indicated that both daily physical activity and intensity of exercise mattered. Those individuals who were the least active physically or whose activity intensity was the lowest were more than twice as likely to develop Alzheimer’s, compared to those who were most physically active or whose intensity level was the highest.

Aron S. Buchman, MD, the lead author of the Rush study commented in Science Daily, saying, “The results of our study indicate that all physical activities including exercise as well as other activities such as cooking, washing the dishes and cleaning are associated with a reduced risk of Alzheimer’s disease. These results provide support for efforts to encourage all types of physical activity even in very old adults who might not be able to participate in formal exercise, but can still benefit from a more active lifestyle.”

Research published in 2011 in the Journal of the American Medical Association reveals that our walking speed (gait) may predict longevity. In the gait research at the University of Pittsburgh, researchers analyzed nine studies involving nearly 35,000 people 65 years or older. The research showed that walking speed turned out to be a reliable predictor of one’s survival across age, race and health. Our bodies self-select walking speeds that accommodate the circulatory, respiratory, skeletal, muscular and nervous systems that are all needed for walking. The researchers pointed out that gait pace, like blood pressure, is but one indicator of overall health. Walking faster won’t necessarily improve your health, but the research found people who improved their gait speed over a year did have an increased life expectancy.

It is noteworthy that academic studies continue to reinforce that ongoing physical activity is important. While it might be praiseworthy to have been active in the past, findings indicate that current physical activity is vital for health and longevity. Individuals, no matter their age, should be encouraged that it’s never too late to reap the rewards, both physical and mental, of an exercise regimen.