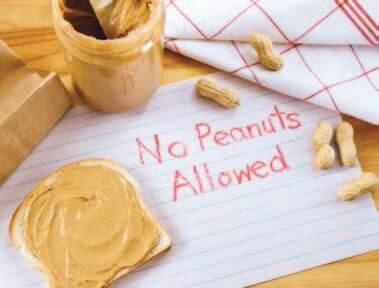 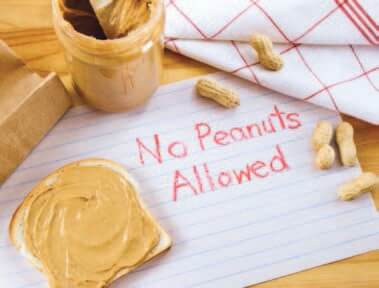 Peanut-free tables in school cafeterias, grade schoolers armed with EpiPens…it is impossible to miss the signs of almost 15 million Americans who cope with increasingly prevalent food allergies. According to the Centers for Disease Control and Prevention, between 1997 and 2011 a significant spike occurred in American children, with one in every 13 now affected by food allergies. Scientists and physicians are working to discover the reasons behind the change. While there is no single answer, several credible theories are being considered.

Hygiene Hypothesis – Multiple studies show that children raised on farms are less likely to have allergies. Researchers believe exposure to animals and various microbes at a young age actually strengthens the immune system, according to the American College of Allergy, Asthma and Immunology. Children raised in overly hygienic homes, who overuse antibacterial soaps, no longer have to fend off “bugs” and infections. Therefore, their immune systems overreact to things that should be harmless, such as wheat or peanuts.

Microbiota Hypothesis –This takes the hygiene hypothesis a step further by proposing that use of antibiotics and fluoridated water are killing off good bacteria in the intestinal tract, making it more difficult for the good germs to fight off the bad germs (Nature Magazine, May 2012). Evidence continues to mount indicating that children who are given antibiotics early in life are more likely to have food allergies.

Vitamin D Hypothesis – Another theory points to a lack of Vitamin D, as more time is spent indoors and more sunscreen is used when outside. Vitamin D deficiency has increased in the past 15 to 20 years, and there is a noticeable increase in allergies in northern climates compared to southern, where people spend more time outside, reports Pacific Standard Magazine.

The Environment Hypothesis – The overall role of environment is key, say researchers in the relatively new field of epigenetics, who claim that while genetics definitely predispose an individual to allergies (children of allergic parents have an 85 percent chance of developing some kind of allergy themselves), it does not explain their recent rise. They are finding that environment can modify an individual’s genetic makeup, and these modified genes can be passed on from one generation to the next.

The Good News – Of the eight foods that account for 90 percent of all allergic reactions – milk, eggs, peanuts, tree nuts, soy, wheat, fish and shellfish – several may be outgrown by age 16. The majority of allergies to eggs, milk, soy and wheat diminish as children mature; only peanuts, fish and shellfish appear to be lifelong allergens (Food Allergy Research and Education).

Strict avoidance of a food allergen is strongly recommended, as even trace amounts can trigger severe skin, gastrointestinal and respiratory reactions requiring emergency treatment. Experts advise you to be aware that although most food allergies start in childhood, they can develop at any time in a person’s life, even to foods previously eaten with no problem. If you or a family member are experiencing symptoms, please consult your personal physician.

Not a Food Allergy, Celiac Disease is also on the Increase

There is good reason for the preponderance of gluten-free foods lining supermarket shelves and appearing on restaurant menus. Sensitivity to gluten, a protein found in wheat, impacts more than six million adults – four times more common than it was 60 years ago. Modern varieties of wheat have been pinpointed as the reason celiac disease, an abnormal immune reaction to gluten, has quadrupled since 1950. Others disagree, citing studies that show no significant differences in gluten levels in wheat from the early part of the 20th century. Rather, they attribute the increased prevalence of celiac disease and gluten sensitivity to the not yet fully understood dynamics triggering other food sensitivities.

“Whatever has happened with celiac disease has happened since 1950,” affirms Mayo Clinic gastroenterologist Joseph Murray, MD, whose recent study involving frozen blood samples of Air Force recruits from the early 1950s clearly showed that today’s young men were 4.5 times likelier to have celiac disease. “It suggests something has happened in a pervasive fashion from the environmental perspective.”