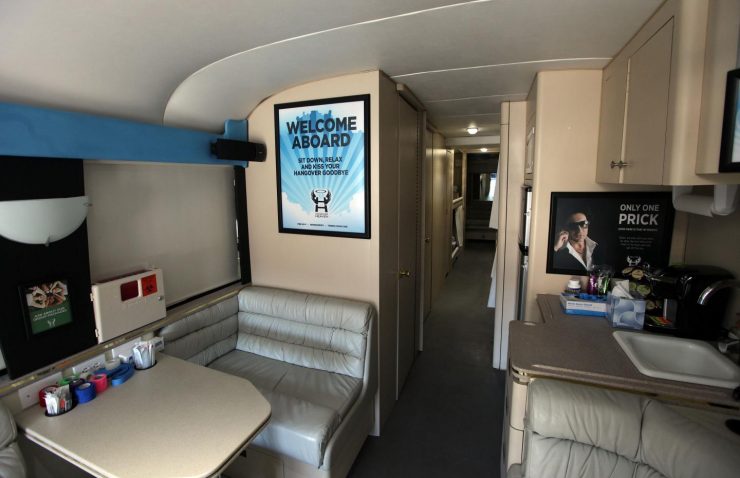 There’s also another catch. Drugs—legal and illegal—get processed by the liver. In general, healthy human livers can work through the alcohol in one drink in about an hour. Taking medication is going to give your liver more to do while it works to process the alcohol. In fact, you’re really not supposed to be taking ibuprofen or acetaminophen if you’re a heavy, regular drinker. It’s on the label.

“We generally would not advise someone to take acetaminophen to treat a headache in the setting of a hangover for alcohol consumption,” he said. “It could be too risky for the liver.”

Ibuprofen would be a better option. However, Glaser noted, ibuprofen can also cause an upset stomach. “People who chronically use alcohol, they could have some alcohol-related gastrointestinal issues. Ibuprofen can make that worse.” If you’re going to use ibuprofen to treat a hangover, take it with food, Glaser said.