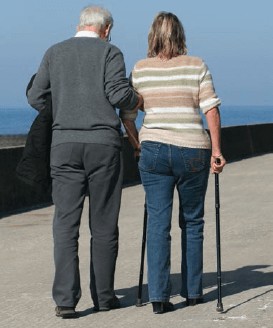 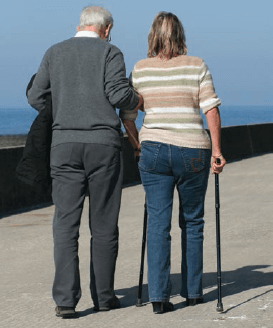 The human body has a remarkable way of speaking to us. While there may be plausible explanations for certain aches and pains, such as exercise overexertion or the natural aging process, persistent painful joints may indicate a more serious health issue, such as arthritis.

There are two main categories of arthritis in adults, osteoarthritis (primary and secondary) and rheumatoid arthritis.

Osteoarthritis (OA) is a chronic disease affecting approximately 27 million Americans. For some unknown reason, more women are affected than men.

Cartilage acts as a cushion between the bones, allowing for easy motion and movement. When cartilage begins to break down over time, its ability to act as a cushion decreases. This causes the bones to rub against one another resulting in stiffness and pain around the affected joint. Arthritis most commonly impacts joints in the hands, neck, lower back, knees and hips, but can occur in any joint in the body.

The Arthritis Foundation and the Mayo Clinic refer to primary osteoarthritis as “wear-and-tear” arthritis because, as the name says, it is most commonly related to aging joints and the“wear and tear” that comes with living an active life. However, because OA is a disease, it does not necessarily affect everyone.

Secondary osteoarthritis has the same symptoms as primary osteoarthritis, but can develop at a younger age as the result of a specific cause, usually an injury. Obesity also can cause secondary OA. Excess weight places added stress on joints, particularly the knees and hips.

Common symptoms of both primary and secondary OA include: pain in the affected joint during movement; tenderness to the joint upon touch; stiff joints, particularly after periods of inactivity; and loss of flexibility. If these symptoms persist over an extended period of time, it is wise to seek medical attention.

Osteoarthritis is a chronic, degenerative disease that worsens over time. It can be treated but not cured. Treatments are aimed at reducing pain and maintaining joint movement and function. Depending on the individual, this can be achieved through a variety of medications, physical therapy, and in some extreme cases, joint replacement surgery is indicated.

Rheumatoid arthritis (RA) is a chronic autoimmune disease that affects nearly 1.3 million Americans. It also affects more women than men. RA occurs when the body’s immune system, which normally protects the body from bacteria or viruses, mistakenly attacks the body’s own tissues. In RA, this “attack” is aimed at the synovium, a thin membrane lining the joints. This results in a build-up of fluids and painful joint inflammation.

Rheumatoid arthritis is a systemic disease, meaning it can affect the whole body. While those with rheumatoid arthritis may feel pain and stiffness in their joints, fatigue and fever may also be present. Early symptoms of RA tend to occur in the smaller joints first, such as where the hands connect to the fingers, or the toes connect to the feet. Over time, similar symptoms may develop in larger joints throughout the body, such as the knees, hips, elbows and shoulders.

Why certain individuals develop rheumatoid arthritis is uncertain. Clearly, smoking is a risk factor. A combination of genetics and environmental factors, such as a virus or bacteria, also seem to play a certain role. Genetic markers, including those associated with the immune system and chronic inflammation, combined with these environmental factors have been discovered to cause a “tenfold probability of developing rheumatoid arthritis,” according to the Arthritis Foundation.

Rheumatoid arthritis normally develops between the age of 40 and 60, although it can occur at any age. Although there is no known cure for RA, a variety of highly successful treatments exist that can put the disease into remission. Being diagnosed and treated at early onset of the disease has been shown to significantly contribute to remission of the disease. Also, according to the Arthritis Foundation, there are a variety of drug treatment options, those that relieve symptoms and reduce inflammation and those that can modify the disease or cause remission. A combination of both drugs may be prescribed, as appropriate.

Rheumatoid arthritis can sometimes be difficult to diagnose because its symptoms are similar to those of other diseases, particularly other autoimmune diseases, such as lupus or scleroderma.

The post Arthritis – Cause of Aches and Pains? appeared first on Specialdocs Consultants.